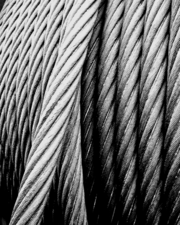 Do you want to know or be reminded about what are alloys, types of alloys, properties of alloys, classificatoon of alloys, uses of alloys, examples of alloys and the relationship between mining, metallurgy and alloy industries? What about alloy trade or alloy trading which involves buying and selling alloys between alloy sellers, alloy buyers and alloy trade facilitators? If your these questions are yes, then read on!

Alloys are combination of at least one metal with other chemical elements (metallic or nonmetallic) to form a solution or chemical compound that retains metallic properties. One thing peculiar about alloys is that  a number of properties of  alloys are significantly different from the properties of their components.

Classification of Alloys in Terms of Number of Components

Based on the number of components that present in alloys, alloys can be classified into three (3) which are:

1. Binary alloys: These are  alloys with two components

2. Ternary alloys: These are alloys having three components

3. Quaternary alloys: These are alloys having o four components.

There are mainly two (2) types of alloys which are:

2. Interstitial Alloys: These are alloys formed in which because one atom is smaller than the other hence the atom cannot  replace the other atom in the crystals of the base metal and so the smaller atoms are  held firmly in the spaces between the atoms in the crystal matrix called interstitices giving rise to what is called form what is interstitial  alloys. Steel is an example of an interstitial alloy, because the very small carbon atoms fit into interstices of the iron matrix.

Typical Examples of Alloys and Composition of Alloys

Properties of Alloys or Characteristics of Alloys

Alloys like metals have both physical and chemical properties together with mechanical properties. Alloys have a number of properties which includes but not limited to  density, reactivity, electrical conductivity, and thermal conductivity but also good tensile strength, shear strength, resistance to deformation and lack sharp melting point.

Alloys are used in many industries some of which are in  marine, medical, military, commercial, industrial, residential and manufacturing applications.

Uses of Some Alloys

Due to advanced researches and increase in technical know-hows in manufacturing of alloys there are quite higher number of new alloys be formed  with different uses. Among the lots of alloys and various uses find below are some alloys and their uses  by manufacturers.

5. Solder: Used for joining  metal pieces together in plumbing and electronic/electrical work.

The alloy industries are more or less part of the mining industries or metallurgical industries. This is because majority of metallurgical industries that specialize in extraction of metals either produce just the metals or are also involved in the manufacture of alloys. Since alloys are combination of at least one metal and at least one nonmetal, it becomes known that without the metal industries (metallurgical industries)  producing the metals,  alloys cannot be manufactured. Hence there is a close relationship between the mining industries and alloy industries. Advances in technology and researches is now making new alloys to be manufactured. This can attest to the fact that the alloy industries will continue to grow as long there is advancement in technology as well as  researches undertaken geared towards the production of  unknown alloys. The market potential is on the increase for manufacturers of alloys, local buyers of alloys, local sellers of alloys, exporters of alloys and importers of alloys. This without fail leaves room for alloy business opportunities or alloy investment opportunities locally and internationally. Most importantly, Metal recycling companies can also benefit in the market boom through buying of scrap metals or selling of scrap metals which when recycled can be used by alloy industries instead of relying on virgin metals (metals extracted directly from metallic ores).

Classify24 is an alloy classifieds, alloy b2b marketplace and alloy business directory to find and list alloys, scrap alloys, equipment and machinery used in producing alloys, alloy services and alloy businesses as well as offers in  other sectors such as agriculture, oil and gas, petrochemical, mining, metallurgy, energy and power.

3. Choose an “advertising plan” and make payments and post your listings(products, services and businesses) which are reviewed before being published.

Get free updates in your inbox
Share this on:
AlloyAlloysProperties of AlloysTypes of AlloysUses of Alloys

3 thoughts on "Alloys: Types, Properties, Composition and Uses of Alloys"